“Without spiritual wisdom, successful development is impossible. Good development is like good medicine: it has no side-effects.” Dharam Singh Nihang Singh

Truthfulness: Our actions must match our words. Honesty and sincerity are prerequisites for peace, justice, solidarity and good governance.

Holism: True religion is holistic and shaped by selfless devotion. It is committed to the long-term welfare of all the world’s people and is neither group-led nor interest-led.Dialogue: The wisdom of religion is an offer to others. As people of religion, we should never impose our convictions on others through missionary zeal, either directly or through subtle persuasion.

Development: Successful development is modest in its approach and is guided by the humble insight that we are all guests on Earth. It focuses on essentials, takes place in harmony with nature, and is always mindful of the finite capacities of people and the Earth itself. Development activity is retrograde when it leads to over-complexity, causes problems rather than solving them, and disturbs inner peace. 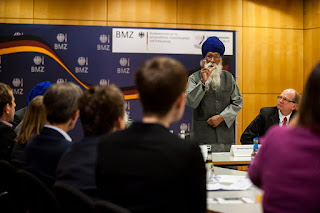 Tranquillity:
A rapidly beating heart is just as unhealthy as a heart that beats too slowly. Natural development is achieved step by step. It is guided by the pace of evolution itself.

Responsibility: Everyone makes mistakes. This is true not only of individuals but also of nations. The key is to avoid repeating these mistakes and to take responsibility for correcting them.

Circumspect exercise of power: Those who have the power to govern, or the power of knowledge or wealth, have a particular responsibility, for all three areas are especially vulnerable to abuse.Responsible politics: Policy-makers should draw on the wisdom of religion to ensure they are farsighted in their actions, and should support the dissemination of knowledge about religion at schools and universities. At the same time, policy-makers must look critically at religion. If suffering is inflicted in the name of religion, they must intervene resolutely.Competition: Policy-makers and society must encourage competition between the religions. If religious topics are presented transparently, it is easier to ascertain which insights from the various religions are true, of service to humankind, and deserving of wider circulation.

Transformation: True change always begins within the individual and is founded on insight. Religion can help with this. Its very essence is the eradication of what is bad in us and society: selfishness and short-termism. This requires antiquated attitudes to be put aside in a process of deconditioning. People who consider themselves religious have the responsibility to study their religion and history impartially, self-critically and thoughtfully.

Nature conservation: Environmental destruction is the outcome of our alienation from our souls. If we listen consciously to the soul’s voice in our hearts, this will have a positive effect on the environment and our relations with one another.

Unity: Spiritual knowledge brings people together. German unity can be regarded as a religious act. It helped to set the people of two nations on a course towards reconciliation and thus contributed to successful development. Source: “Religion matters – Rethinking the challenges of tomorrow”The complete official summary of the talk “Religion matters” you find here:
Dharam Singh Nihang Singh’s vision
“We need an independent world council in which the most knowledgeable experts and representatives of the world religions reach agreement on the values and basic principles of coexistence that will best serve humankind in the long term. The advice provided by this council must be taken into account by all governments as they endeavour to overcome the challenges facing humankind. It would be the responsibility of the council to draw attention to erroneous political and societal developments and to arbitrate in conflicts.”
The Sikh Religion
The Sikh Religion (Sikhi, Sikhism) took on the shape of a unique religion in the 16th century in northern India. Today, around 25 million people regard themselves as Sikhs, seekers of truth. The religion is based on timeless, spiritual wisdom that was revealed to over 30 enlightened ones and later preserved in written poetry known as Gurbani. It provides inspiration for spreading unity among people and leading a virtuous, modest life in harmony with nature and the Will of the nameless Creator. The Sikh Religion shows how humans can move beyond beliefs and intellectuality through self-realisation of their divine purity.
Posted by SKA Team at 5:17 AM No comments:

Email ThisBlogThis!Share to TwitterShare to FacebookShare to Pinterest
Labels: Religion Matters Rethinking The Challenges of Tomorrow

It is difficult to understand from where did the modern day religious imposters, who call themselves saints, claim to acquire the understanding of Gurmat when their school of thought (i.e. Sant-Matt) has never accepted Gurmat, and has in fact always been active in derailing Gurmat. That is precisely why these so-called saints speak and act like Jogis of the past.

Satgur Nanak says that if the instructions of a Sabad/Gyaan (i.e. body of knowledge) cannot provide you with its essence, that knowledge is also incapable to quench the thirst of your ego and desires. That was the reason why Jogis could not quench their desires and rather got engrossed in attaining material and spiritual powers. Therefore, those who could not get imbued in the truthful message must never have achieved truthful understanding. It is only the guidance of Satgur which gets mixed with the hue of truth and is showered upon a seeker in the form of truthful understanding (or Amrit). How can one then believe, that those upon whom not a single drop of this Amrit has fallen can be imbued with truth, or further could have attained truth. Satgur is saying the same thing that if the teachings of a school of thought (or a body of knowledge) provides no essence of truth, then it cannot imbue (or inspire) anyone. The Sabad that we need to partake must provide us with essence of truth, and it can only come from a meaningful guidance. The Sabad that Jogis claim to listen to cannot even provide them with any truthful essence. They used to, and even today preach that Jog is like licking a bland stone. Gurbani also testifies to this claim of theirs by noting “Sil jog alūnī chatī▫ai.” But if one does not achieve any essence from somewhere, it is difficult to focus in such a thing. This was the reason why Jogis could not focus their consciousness.

When Satgur Amardas ji said “Ānand ānand sabh ko kahai ānand gurū te jāni▫ā” then he was also exposing the falsehood of these self-proclaimed saints, be it Jogis or Vaishnavites. He said that these saints of India, who falsely claim to have attained Ānanḏ (bliss), are bereft of actual bliss because none of them have received the essence of truth. But through the company of true Satguru I have now come to know what true bliss is. This was the state of the then saints of Hindostan, and also of their contemporary followers, the self-proclaimed saints, because their faith has always opposed truth. Dasam Patshah had made this amply clear by saying, “….Sant samooh anek mati ke. Saare hi des ko dekh raheyo mat koi na dekhiyat praanpati ke” which means that none of the saints of Hindostan as of this date have spiritual (or Godly) knowledge. That is why it is difficult to figure how come the self-proclaimed saints of today acquired the understanding of Gurmat because no school of saints has ever accepted Gurmat, rather have been busy derailing it. These self-proclaimed saints therefore, talk in the same manner as Jogis used to, bereft of any understanding of Gurmat:

Without guidance of a Satguru (true knowledge), neither can one get the essence of truth nor can one be imbued with truth. A mind without guidance burns constantly in the fire of attachment and desires. One who has never settled one’s attention into one’s heart has never been able to listen and share the voice from his heart with others through words. Those who haven’t chiseled their mind, they don’t feel the hunger for true knowledge; they don’t wish to attain truth. If someone attunes to the true word (Gobind) within one’s heart then one understands the incomprehensible story of the unstruck (cosmic) sound. Then his mind does not waver, and becomes steady. After this, one gets to know one’s own identity (Aatam Ram). Meaning thereby, his illusion (or dreaminess) ends and his mind that was watching this dream merges with one’s true identity.

People indulged in falsehood and deception cannot listen to the truth. Truth appears to them just like a sting from a scorpion. But with God’s grace, the temperament of one’s mind gets changed for the better. He abandons deception. Then he is blessed with the good fortune of being imbued in the guidance of Satgur. Gurbani says:

Such a person gets dyed in the unfading color of the truth. The essence of truth that one gets from the deliberation of Sabad Guru destroys the fire of desires. The Gurmukh thus keeps on drinking such ambrosial nectar which cannot be drunk through the mouth (Api▫o pī▫o), or say, one doesn’t need the physical body and mouth to drink that nectar. This fact has intentionally been mentioned by Satguru ji, because fake saints were mistaken thinking Naam is something to be recited through mouth. Even today these fake saints, after being aware of the mention of Api▫o pī▫o in Gurbani still do not understand. If Gurbani is understood with honesty, then there is no reason for it not to spread across the world. The only reason that the spread of Sikhi is stagnant is because Sikhs themselves have not understood Gurmat properly, forget about others. For the last two and a half to three hundred years, the propagation of Sikhi (Gurmat) has been diverted by those Sikhs who are influenced by Sanatan Matt.

Those Gursikhs who will understand the correct form of Gurmat will drink the ambrosial nectar within it, and achieve the state of spiritual bliss. Only thereafter, they will attain the stage of Sach arādhi▫ā gurmukh tar tārī. Nānak būjhai ko vīchārī. The hunger of truth will arise within them, and those Gurmukhs will be detached from the material world and float on the ocean of worldly existence. In the end, Satguru ji is saying that this is possible only after deliberation on the word. This stage can only be achieved after contemplating deeply over Gurbani.
Posted by SKA Team at 4:56 AM No comments:

Dharam Singh Nihang Singh
Posted by SKA Team at 3:51 AM No comments:

Email ThisBlogThis!Share to TwitterShare to FacebookShare to Pinterest
Labels: Sikhi and Contemporary Sikhs

Nihang Singhs are the flagbearers of Sikhi

Email ThisBlogThis!Share to TwitterShare to FacebookShare to Pinterest
Labels: Nihang Singhs are the flagbearers of Sikhi

First, they conquer their inner self, and then, move on to empower others to do the same. Such extraordinary people are the ones who tirelessly work to set foundation for "World Peace" and help "Human Consciousness" move towards higher realm of spiritual awakening.
Posted by SKA Team at 3:46 AM No comments: 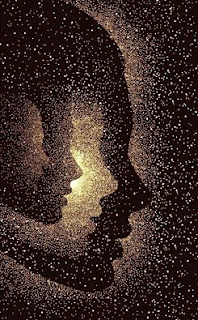 You may forget the religious scripture quotes and the exact words that brought change within you but what you will always remember and will never loose is the amount of 'spiritual intelligence' you gained through the learning process.

- Dharam Singh Nihang Singh -
Posted by SKA Team at 3:19 AM No comments: